A couple has set the bar high after placing the reveal on Burj Khalifa which is actually the tallest building in the world.

To place an advert on the Burj Khalifa,  reports indicate that prices start from AED250,000(Sh6.8 million).

News Sources from Arab reported that the Dubai couple paid an equivalent of Sh10 million to place their baby gender reveal on the Burj Khalifa. Although the couple denied having paid any amount, they thanked several partners in the video who are believed to have sponsored the event. 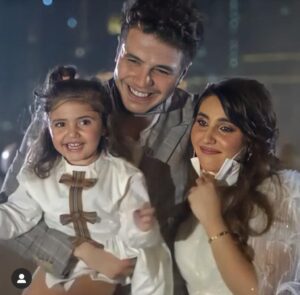 The influencer couple Asala Marwah and Anas who go as the ‘Anasala Family’ on YouTube shared the video on their channel which detailed their journey with the family to witness the event.

The video which is 15 minutes long climaxes with an image of the couple holding hands at the watch balcony, not far from Burj Khalifa and holding their daughter.

Ruth Matete speaks on the condition she battled duting pregnancy

James Nyoro set to be sworn in as Kiambu Governor