Migwi sent out a warning to the artistes in a long Facebook post urging them to desist from wearing Priest gowns in their secular music videos. 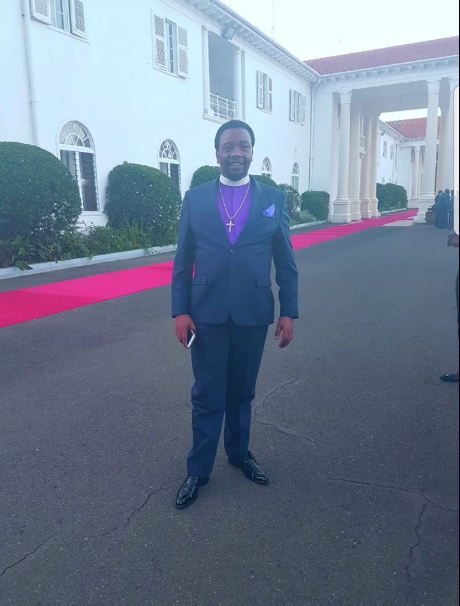 I break the silence.

The proverbial elephant in the room is not welcome in the body of Christ. As leaders, our call is to speak what must be said and to lead our people into places of safety and openness. Using of clergy clothing for entertainment more so for secular songs and for personal gain is totally wrong, and it’s time for change. For your information, this is the highest level of insult as far as the body of Christ is concerned.

AM warning you misguided entertainers, you are attracting curses upon your life and your generations to come, I know you’re after fame and money but you’re completely lost, mark my words, you better repent and break the curses, God is never mocked, Woe unto you and your generations to come after you Bahati and the one I heard he’s called Khaligraph Jones, wearing Bishops gowns is wrong.

Let me advise you before you regret to take those priest headgears and gowns to the nearest Bishop and repent, good to know that even in the Church not all ministers of the Gospel wear them, there’s a procedure to follow before you wear priest gowns.”

Pastor Godfrey went ahead to attache a Bible verse for Khaligraph, Bahati and other artistes like them who might be thinking of doing the same.

5 Suddenly the fingers of a human hand appeared and wrote on the plaster of the wall, near the lampstand in the royal palace. The king watched the hand as it wrote. 6 His face turned pale and he was so frightened that his legs became weak and his knees were knocking.

In the Bible still, king Uzzia attracted a curse of reprocy by doing the work that belongs to a priest 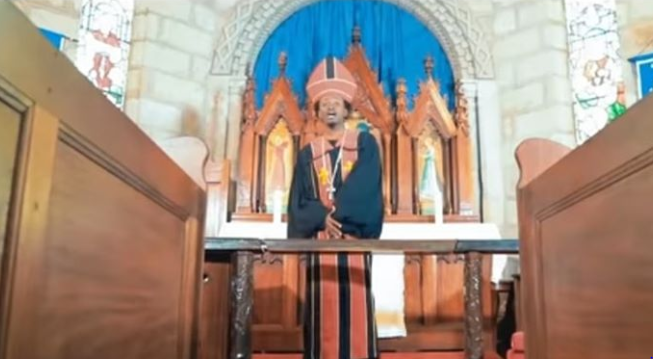 17 Azariah the priest with eighty other courageous priests of the LORD followed him in.

18 They confronted him and said, “It is not right for you, Uzziah, to burn incense to the LORD. That is for the priests, the descendants of Aaron, who have been consecrated to burn incense. Leave the sanctuary, for you have been unfaithful; and you will not be honored by the LORD God.”

19 Uzziah, who had a censer in his hand ready to burn incense, became angry. While he was raging at the priests in their presence before the incense altar in the LORD’s temple, leprosy broke out on his forehead” Pastor Godfrey Migwi concluded

Two girls nabbed sneaking 17 rolls of bhang into a police...

Cop fighting for life in Mombasa after he was beaten ...

23 out of 33 MCAs vote to impeach Kirinyaga Governor Anne...

Setting up of isolation ward at Mbagathi begins

Dennis Okari’s reaction after Mugo wa Wairimu was sentenced to 11...

Brendah Jons speaks on why she parted ways with J Blessing’s...

Kamene Goro speaks on how love almost ruined his career