The National Police Service Commission has come out to defend a police officer who had been accused of pick-pocketing his boss at Ikanga airstrip in Voi during the dramatic arrest of Nairobi Governor Mike Sonko.

The alleged act of pick-pocketing was captured in a video that was widely shared on social media.

In the video clip, the officer dressed in jungle green uniform acts in a manner that appears as though he has picked something from the senior officer who appears startled but continues to monitor the Sonko arrest drama. 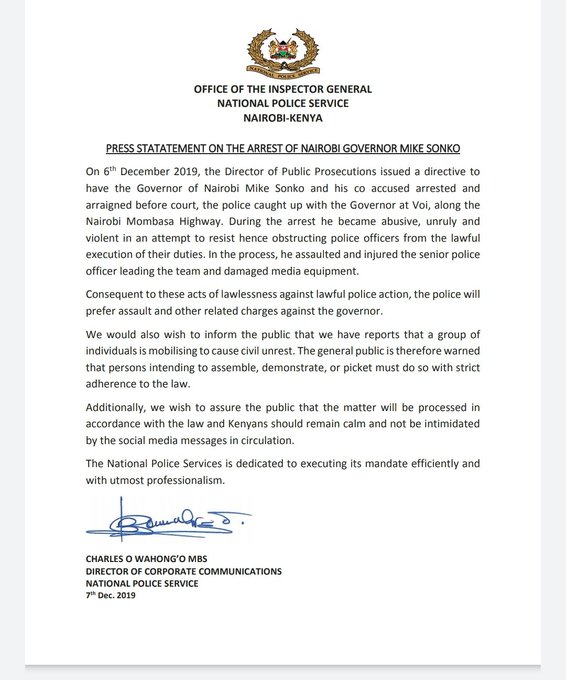 However, the police service has termed the clip as “a misrepresentation of facts and untrue,” adding that the senior officer has confirmed that he was not pick-pocketed.

“The video clip doing rounds on social media highlighting what appears to be an act of pickpocketing by a police officer is a misrepresentation of facts and untrue.

Part of Southern bypass to be closed ahead of construction

Father stuffs daughter into a sack, sets it on fire over...

WHO recommends N95 masks for people aged over 60

NMS to conduct Covid-19 mass testing across Nairobi this weekend

UoN apologizes for recent internal memo as petition is being signed...