The maize flour banned from the market inKclude:

Of the five banned maize meal products, Dola, Kifaru and Jembe are the most common and easily available.

Here is a statement from KEBS banning the maize meal products:

KEBS also issued a statement warning Kenya against purchasing the products and calling on the manufacturers to recall the products as soon as possible. 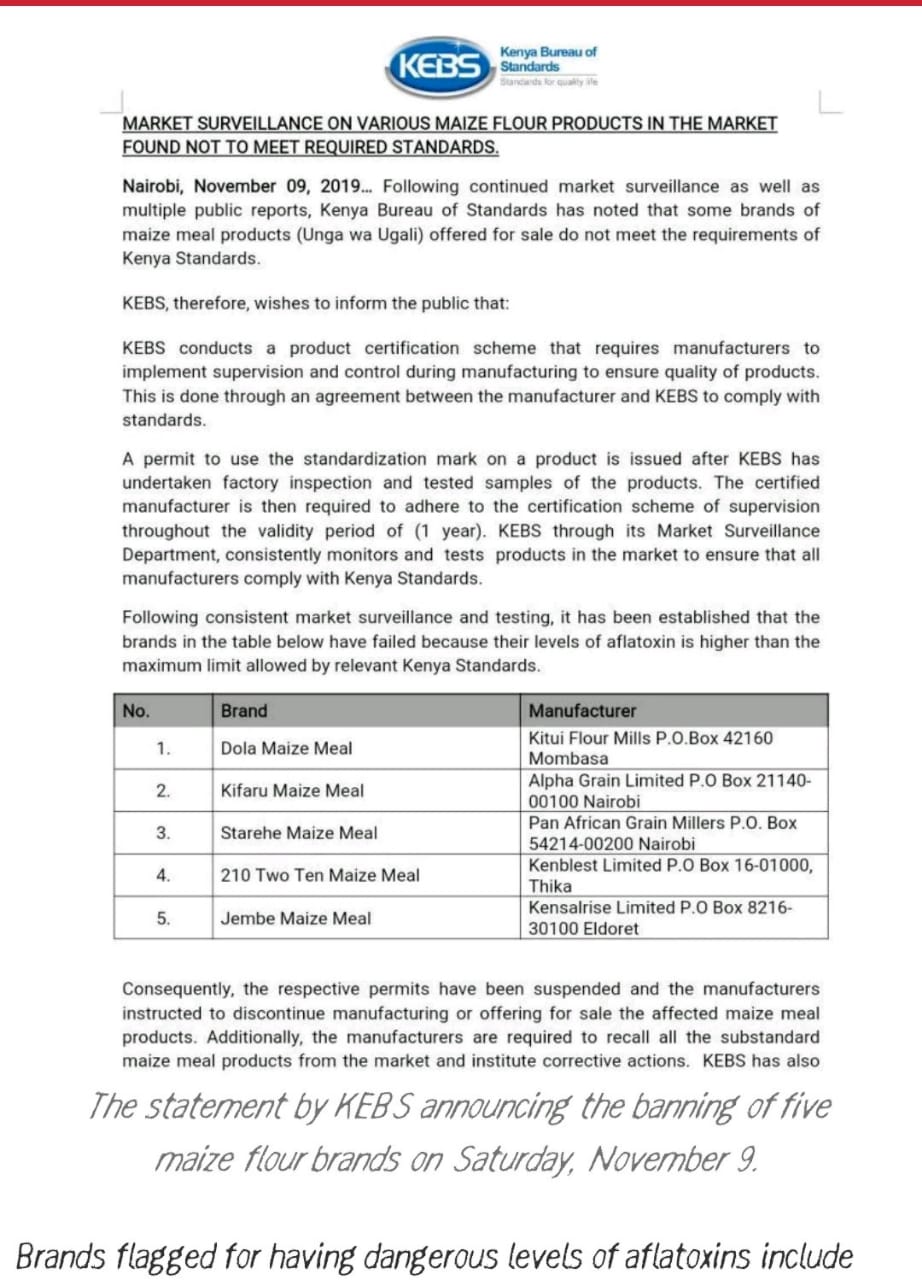 The ban on maize meal products comes a few days after KEBS banned five other butter products over high levels of aflatoxin.

DJ MO: Before you speak, let your words pass through three...

Gov’t accused of causing confusion with ‘conflicting directives’ on coronavirus