The main question being: What exactly caused his  sudden death?

According to the star, “the judge was found face-up naked in his bed, with a blanket drawn up below his chest. Three sex-enhancing tablets, in a packet of six, had been taken but it was not known by whom or when.”

“Odek was lying with one hand behind his head. Blood was oozing from his private parts and from his left ear and a hand was bruised, a police source who broke into the house said. It had been locked from inside.”

The judge resided at serviced Groovehut Apartments which is located just a few meters from Kisumu Central police station.

He had arrived in Kisumu on Thursday as part of the Court of Appeal judges who scheduled to hear cases in Western Kenya.

Nyanza regional police commander Vincent Makokha confirmed Odek was found dead in the morning after the police broke in following calls and a fruitless search.

Makokha said investigators and a pathologist visited the scene before the body was taken to Kisumu’s Aga Khan Hospital Mortuary for a postmortem.

“I have sent officers to ascertain the incident before the body is removed to the mortuary,” he told the Star on the phone.

“When the driver came to pick him [in the morning] he found the door locked. He reported this at the Kisumu Central police station. The police had to break the door,” chief magistrate Ng’arng’ar said.

It was not clear whether his death was linked to the sex-enhancing drugs, some other condition or foul play.

The bruises on his right hand appeared to indicate some struggle but police said there were no signs of struggle in the apartment. 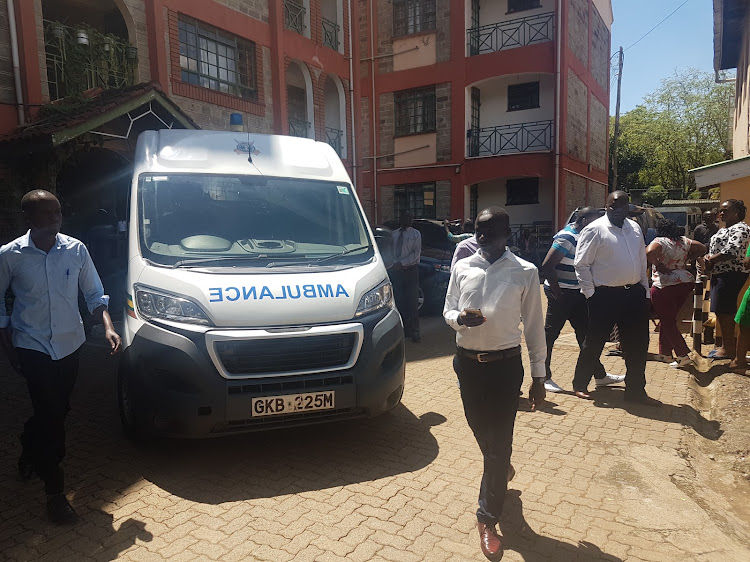 The body was to be airlifted to Lee Funeral Home in Nairobi.

Kinangop farmer wakes up to find his cows slashed