The bus was intercepted at Ngutani headed to Nairobi from Dadaab by the officers drawn from a multi-agency team.

The officers found that the under-floor of the passenger compartment had been illegally modified and fitted with secret storage bins.

NO RELENTING ON WAR AGAINST CONTRABAND pic.twitter.com/UIlMaKdW43

Inspector General of Police Hilary Mutyambai, in a press statement, commended the officers saying the suspects were booked at the Ngutani Police Station where they were detained pending arraignment. 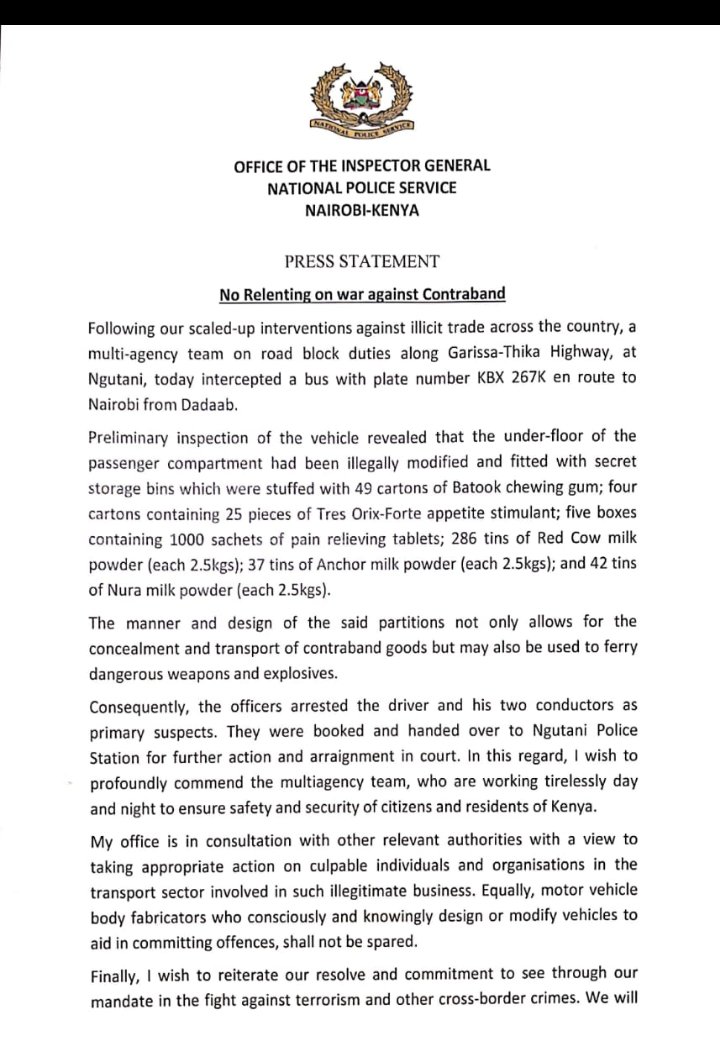 He further added that vehicle body fabricators who knowingly modify vehicles to aid in committing offences will also face the law.

We are closing in on more perpetrators and abettors of illicit trade, which has been funding terror activities in our country. With more cooperation with members of the public, we will subdue the enemies of our local businesses and national security. pic.twitter.com/xvuhhXaotm

Man caught with a Python handed a 2-year jail term

Court suspends all flights from China to Kenya over coronavirus