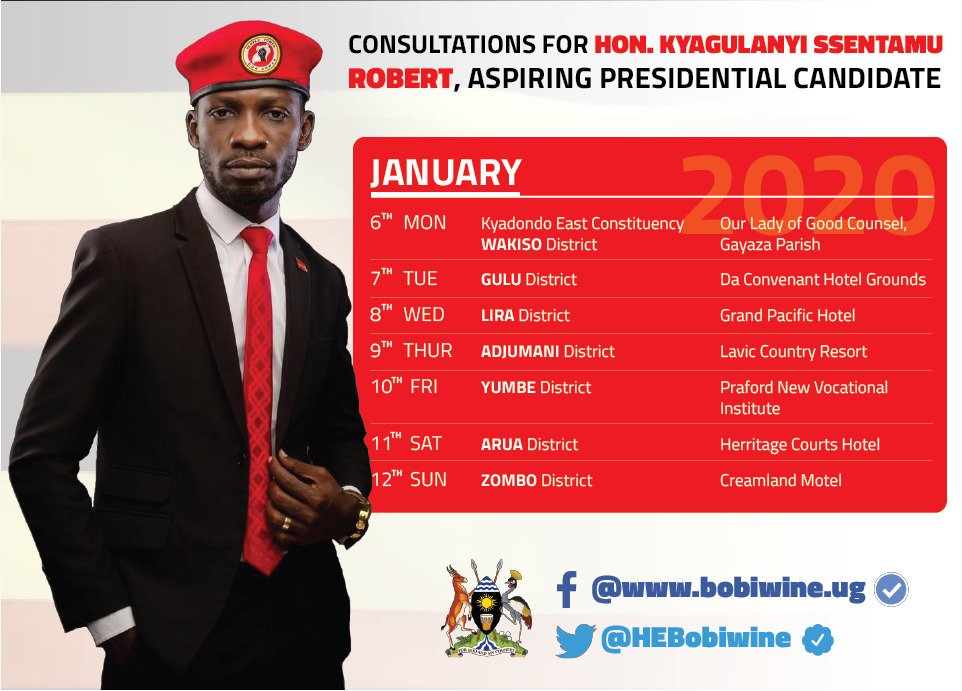 Controversial Ugandan singer/politician  Bobi Wine has been arrested while attending a meeting in Kyadondo constituency ahead of the 2021 Ugandan polls.

According to Daily Monitor, the meeting was disrupted by police who used teargas and live bullets where Wine and some of his lawyers and supporters were apprehended in the midst of the skirmishes.

Teargas, bullets rock Kasangati as police blocks Bobi Wine from accessing the venue where he was scheduled to hold his first his consultation meeting #MonitorUpdates via Derrick Wandera pic.twitter.com/asQkJQuMKB

The legislator had planned nationwide consultative conventions in which he was planning to educate the electorate on his manifesto as a presidential candidate.

Man mauled by leopard after paying Ksh.16K for ‘full-contact experience’

Motorist who ran over and killed traffic cop released on Ksh.300K...

Lanes! Kabi wa Jesus gets an Audi and a billboard erected...