The Director of Public Prosecutions (DPP) Noordin Haji has issued a directive to the Inspector General (IG)  Hilary Mutyambai to investigate an alleged case of incitement at an ODM rally in Kibra last weekend.

During a rally which took place on Sunday, Junet is heard threatening to storm Deputy President William Ruto’s Karen Home and burn down the house.

According to the Suna East MP, the house was being used to bribe voters  in order for them to vote for Jubilee Candidate MacDonald Mariga.

The DPP has directed the three politicians to record a statement with the National Cohesion and Integration Commission (NCIC) on Thursday morning as part of the investigations. 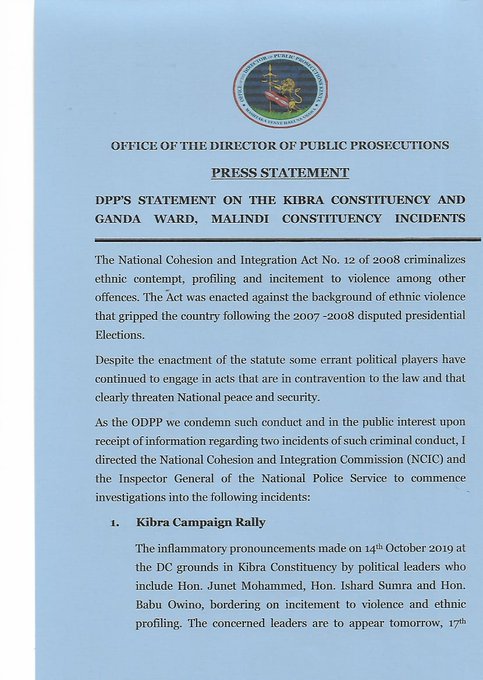 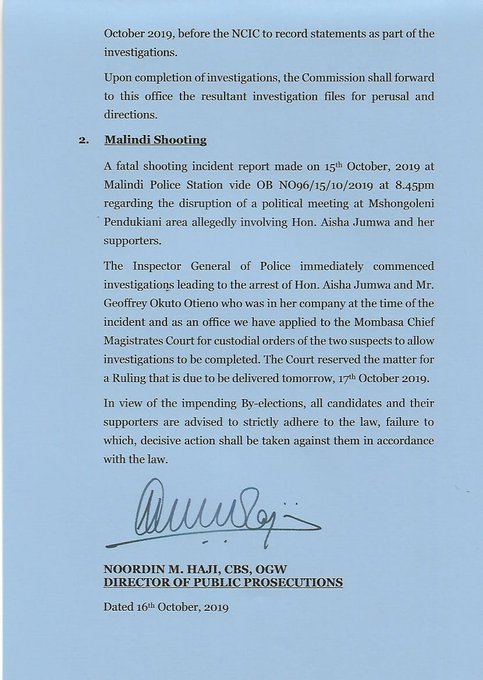 Kisumu man arrested after loaded gun found on the ceiling of...

Chris Kirubi asked me to stop supporting Raila or resign from...