Miguna Miguna has posted on his twitter account a two page Eulogy to his father in law which he says it will be read in his absence following the backfired attempts to come back to the country.

The lawyer’s planned January 7 return faile  after the government issued red alerts to all airlines not to fly him to Nairobi.

“I intended to attend the funeral of my father-in-law who is being buried tomorrow, January 22, 2020, in Migori, however, President Uhuru Kenyatta and Opposition chief Raila Odinga have prevented me from doing so,” Miguna had tweeted

3) I intended to attend the funeral of my father-in-law who is being buried tomorrow, January 22, 2020, in Migori, however, Despot Uhuru Kenyatta and his conman enabler Raila Odinga have – out of cowardice – prevented me from doing so. #RestInPeace Mzee Benson Omolo Awange. pic.twitter.com/KkPPtWHIby

“Because I will be in the air to forced exile in Toronto when the final rites of passage for my father-in-law will be conducted, here is my EULOGY, which will be read at the funeral tomorrow, Wednesday, January 22, 2020. Everyone is free to share, circulate and reproduce.” 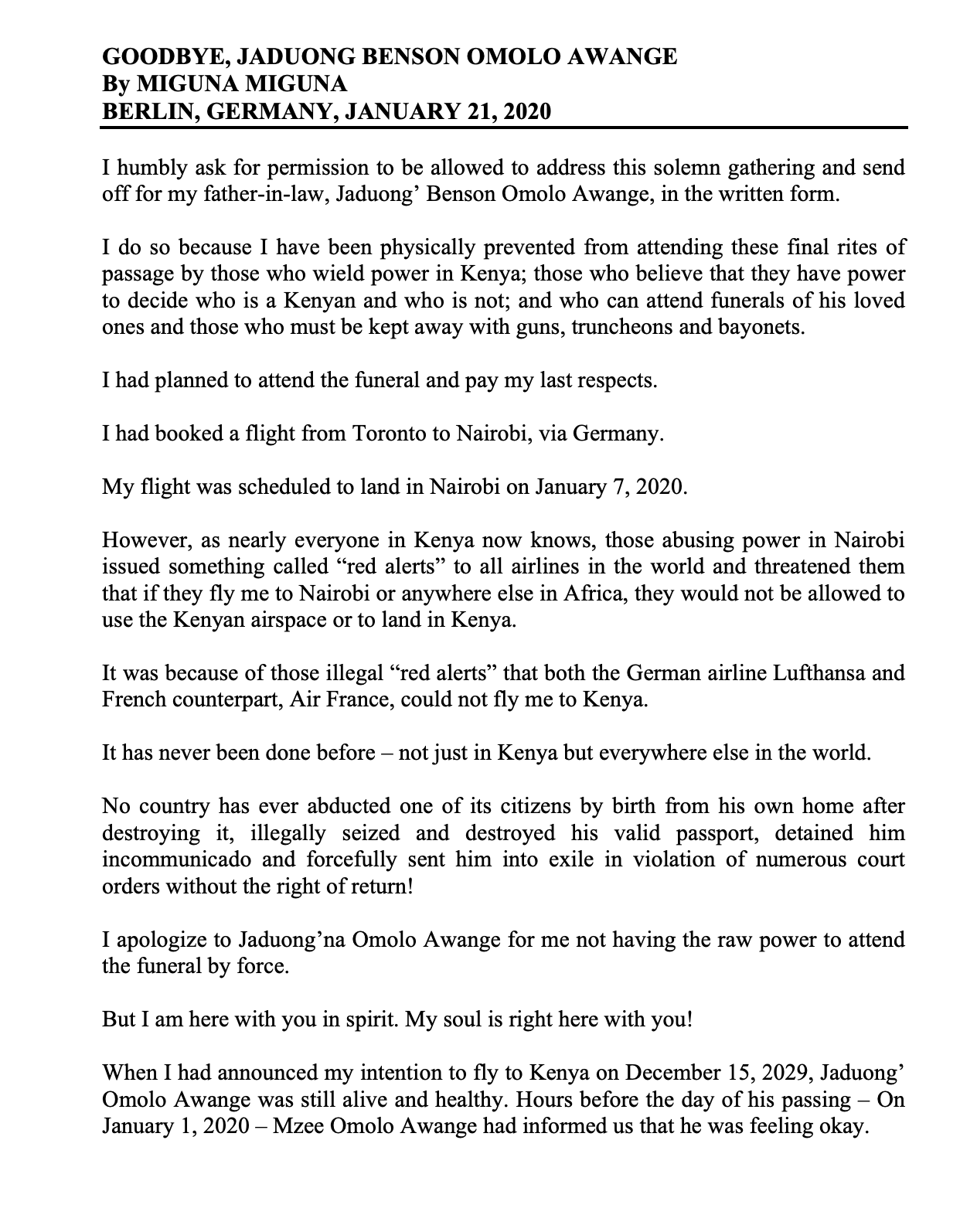 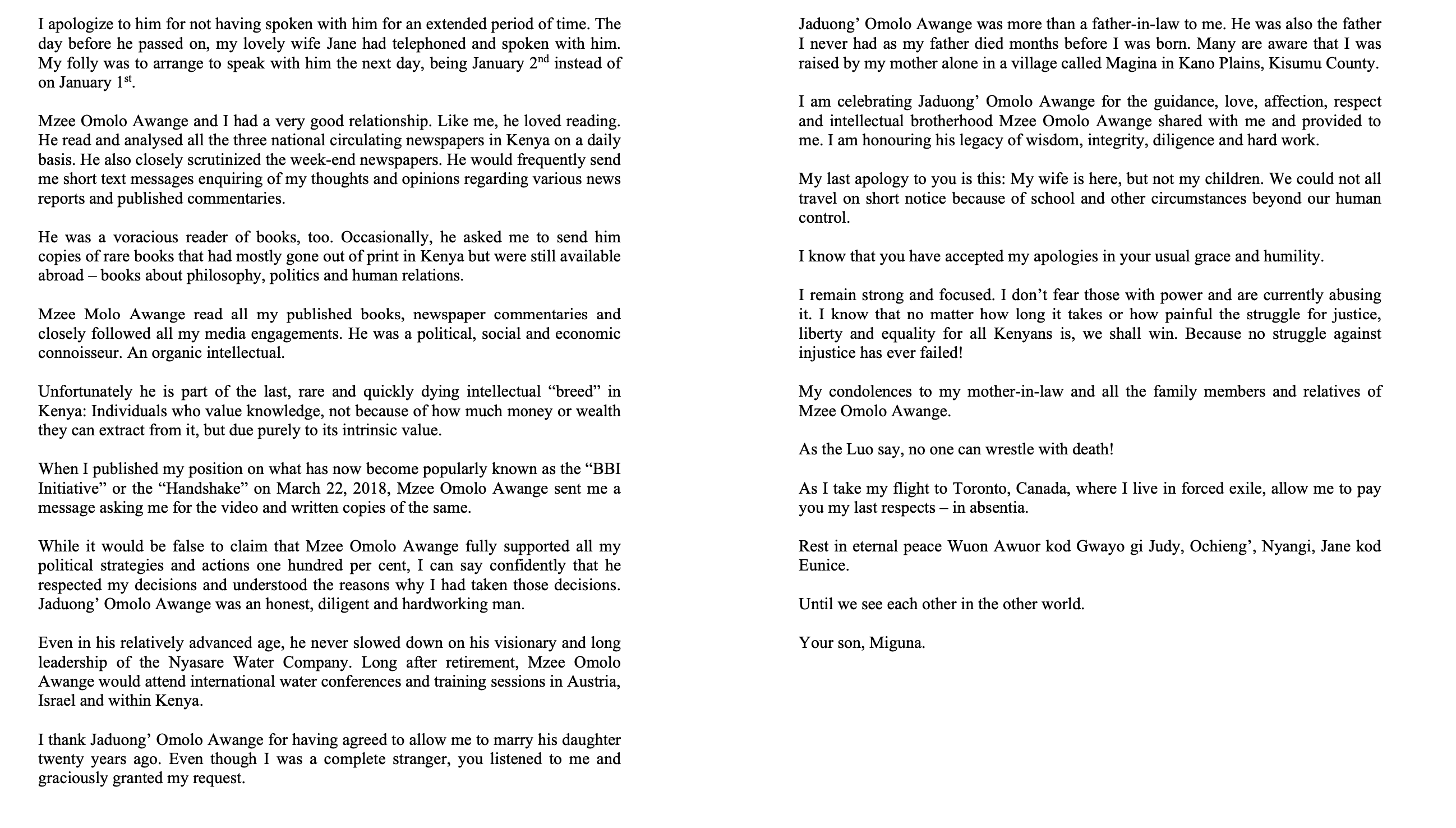 Mzee Omolo Awange collapsed and died on January 2 in Migori County. He is reported to have developed difficulty in breathing before passing on.

Police probe death of Kirinyaga tycoon after claims he set himself...

Hon. Babu Owino, will benefit from one of the heavy-duty mattresses...

Woman arrested after hiring goons to kill her husband