A section of Kenyans took to social media to slam the judicial system for what they termed as gross incompetence when handling cases involving the rich and prominent in the society. 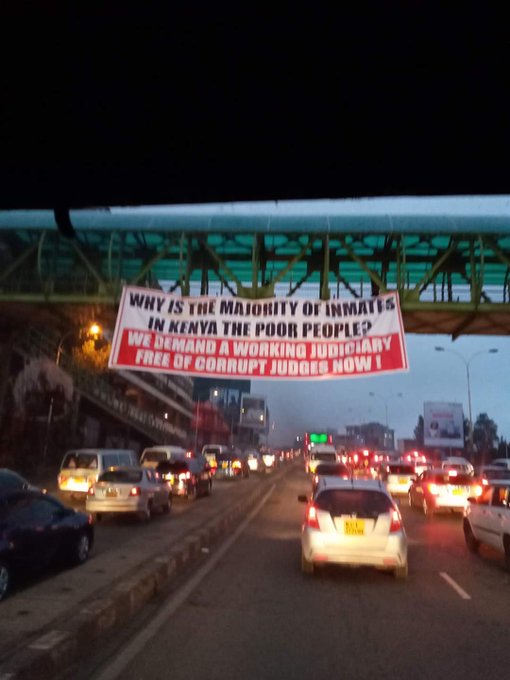 This comes after the release of Embakasi East MP Babu Owino on a Ksh.10 million cash bail in a case where he is accused of shooting  DJ Evolve.

Chief Magistrate Francis Andayi directed that the Ksh.10 million be paid in four installments of Ksh.2.5 million for the next four months; the lawmaker was to be released after paying the first installment.

The Magistrate noted that the money will be used to settle the victim’s medical bill with the amount that remains unused serving as bail.

Babu Owino was prohibited from indulging in any form of narcotics or alcohol in a public establishment.

The ruling however sparked mixed reactions among Kenyans on Twitter (KOT).

Tuesday morning mounted banners along major highways in the city, with one of them inscribed with the words:

“Why is the majority of inmates in Kenya the poor people? We demand a working judiciary free of corrupt judges now!”

“Akashas were free in Kenya for over 4 years with cases, but were jailed in 2 months by a USA court. We demand a working judiciary free of corrupt judges now!”

“Will Kidero, Sonko or Waititu ever step in jail for corruption? We demand a working judiciary free of corrupt judges now!” Read a third one erected on Landhies Road. 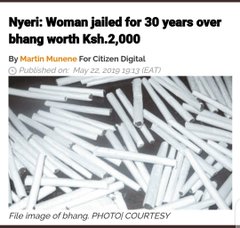 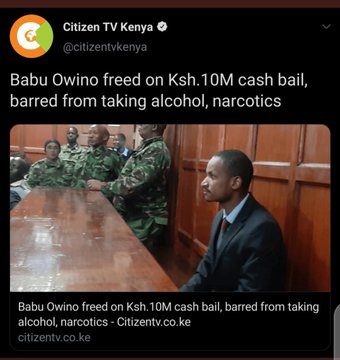 SportPesa reveals why fans are unable to place a bet , withdrawmoney

IPOA calls out for witnesses of JKUAT students assault

Chinese National isolated in Kitui over fears of Coronavirus

Council of Governors suspend advertising with NMG over graft story

Standard Chartered Marathon cancelled for the first time in 17 years