The Statue of the former Cabinet Minister Tom Mboya that was erected near National Archives,Moi Avenue Nairobi, was on Sunday 13 September removed.

There has been an outcry by the public over the bad state of the statue for a while. It had turned into a dumping place and filled with rain water that has been pounding the city. 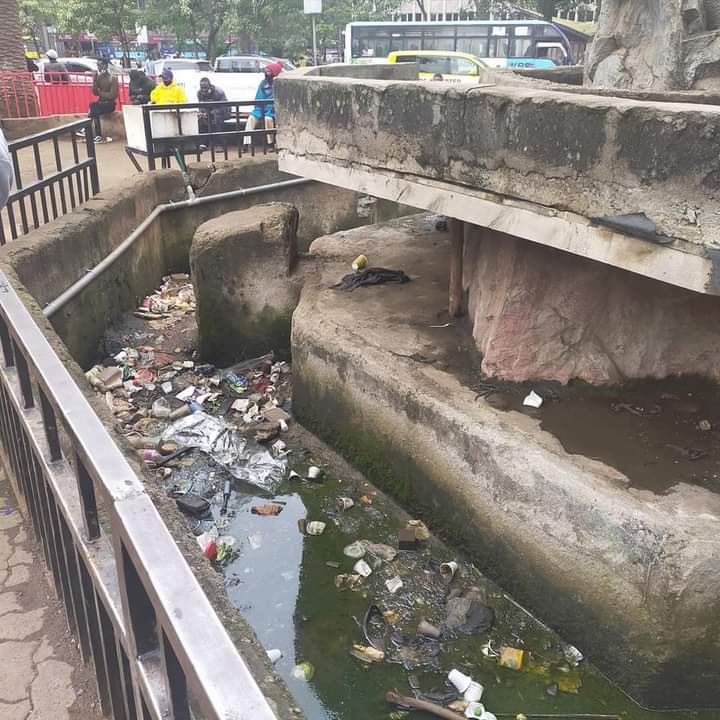 The reason for removing of the statue still remain unclear.

They have finally removed the Tom Mboya statue probably to replace it with another Jomo Kenyatta statue because they don't feel like we idolize them enough. 🚮 pic.twitter.com/YjMOJk0UVA

Ringtone at it again!

Updated list of countries exempted from Quarantine in Kenya

Two students arrested after school dormitory burnt down in Nandi

Neighbor from hell? Woman seeks justice after her neighbour bit her...

Back to school: Ministry of Health told to vacate, fumigate public...

Matiang’i social media post “betrays” him minutes after claim he is...

0
Socialite and former Nairobi Diaries actress Risper Faith has disclosed that she has for a long time been struggling with weight, and that she...
Read more

0
Principal Secretary for Basic Education Belio Kipsang has assured Jua kali artisans that they will be paid for the desks for schools program. Speaking at Olekasasi Primary...
Read more

0
Socialite and former Nairobi Diaries actress Risper Faith has disclosed that she has for a long time been struggling with weight, and that she...
Read more

0
Media personality Amina Abdi has decided to call at quits at the urban Capital FM where she hosted the morning show. The presenter worked the...
Read more

DNG reveals he was kicked off stage by Lucy Kibaki

0
Kenyan artiste Davidson Ngibuini popularly known as DNG has revealed that the late first lady Lucy Kibaki once kicked him off stage in the...
Read more